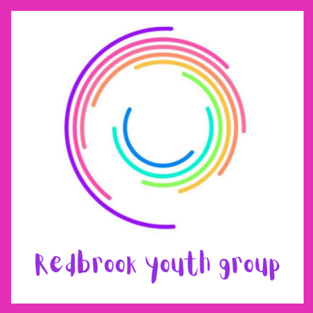 Operating with the support of Redbrook Church

Love pizza? Getting creative? Are you sporty? Why not join Redbrook youth club!
​Welcoming all youth members from surrounding areas!
​
In preparation for a toilet to be installed in our beautiful church, we would love to use this opportunity to fully use the building. We have mindmaped many different ideas for clubs and societies that could take place in the building, with one of our main ideas being a youth centre!

Hi all! Just a reminder that the youth club will reopen fortnightly for the next academic term on Friday 17th, at our usual time in Redbrook Church. This week we will chat to visitors Anika and Bernard about their exciting upcoming project, and will get stuck in making some yummy pancakes and paninis. See you all there!

​Since the launch of our river video, we have sparked lots of talk around the river Wye and what we need to do to save it. Recently we have been contacted by some rather exciting people producing a film all about the Wye, and they would like us to be involved!

Bernard Walton and I are filmmakers and friends who feel passionately about the River Wye and the deplorable conditions affecting the beauty and vitality of the river and all connected life relating to it.  We have embarked to make a film about the river, framed around the Walking with the Wye pilgrimage which took place in July, expressing the concern, commitment and passion people have to help raise awareness and renew the river to its natural pure beauty.  We have been working closely with Mollie Meager and Rachel Bomford, who organised the event, filmed many parts of the journey in July and are continuing to build more material to add to the story.  The wonderful video that the Redbrook Youth Club made, when the pilgrimage went by Redbrook, was brilliant, and powerfully touching.  Most of the participants speaking about the river are adults, many on the grey side, and what is missing is the voice of the youth, sharing their concerns and love for the river.  This is a truly important aspect as people can connect with and be more fully moved, hearing from the voice of youth.
We very much hope to film the Youth Club, both swimming in and by the river, and also expressing their thoughts and feelings about the river.  Aimee has told us about the Mapping Redbrook weekend, and also the upcoming next Redbrook Youth Club meeting 17 Sept.  We hope to come this weekend when the Youth Club will be there, and introduce ourselves further, and that some of you may be happy to mention this to your children and agree to their participation in the film if they would like to so.

We look forward to your thoughts.

Walking with the Wye is an independent collaboration between Bernard Walton and Anika Mothersdale to make a documentary film about the Walking with the Wye pilgrimage, highlighting the plight of the River Wye, during July 2021.  The pilgrimage is to bring awareness to the shocking illegal pollution of the river and  the deeply passionate connection people have to save and protect this beautiful river.  The aim is make a legacy film of ‘ Walking With The Wye’ to document the depth of concern people are bringing  to the event, and catalyse awareness to restore the river ecosystem to its natural state.
The film is a volunteer work of passion by the filmmakers, who currently have no funding, broadcasters or distributors onboard. Any profits from the film, 50% will go to support restoration of the river.

Bernard Walton is an independent producer-director of Television and Video Production specialising in nature films for 40 years.  He spent 21 years at the BBC Natural History Unit, and nearly 20 years as an independent founding his own production company Aqua Vita Films (www.aquavitafilms.com ) making documentaries for all the major global broadcasters. See www.bernardwalton.com for his biography and awards.

Anika Mothersdale is a filmmaker, activist and artist who has been greatly concerned about the natural world all her life, working together with Indigenous Native Americans to protect their traditions for several years, and later making a insightful trilogy of films broadcast on public television about Tibetan Buddhist philosophy (Image Lantern Films on facebook, https://vimeo.com/search?q=tibetan%20film%20trilogy ).  With the Wye river flowing outside her house, living in Tintern over a decade, the grave situation of the river is of vital concern to her.

Our Logo Design Winners and Entries...

​To launch our youth club we created a competition to design a logo to help represent our group. Bellow are all the entries we received including our winning design and runners up! A special congratulations to Chloe Hayward, Jessica Stoddard and Liam Lacey. Well Done guys!

​Keep up to date with our events...

We're Looking for volunteers...
Do you have some free time on your hands? Want to give back to the community? Or want to learn new skills? It seems our Redbrook youth club is getting into full swing, which is really exciting! Because of this, we are looking for  volunteers to join our team to help set up, run and support our youth club! If you are interested, feel free to email us for more information:

redbrookyouth@gmail.com
​
(If you would like to volunteer but with less commitment e.g. attending an occasional evening to help run the club, we would also love to hear from you!)